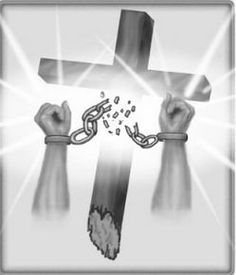 As Luke ended his account of what we call Acts, he made a final statement about the work of Paul, who was then a prisoner of Rome.  In Acts 28:30, 31 Luke wrote, “And he stayed two full years in his own rented quarters and was welcoming all who came to him, preaching the kingdom of God and teaching concerning the Lord Jesus Christ with all openness, unhindered.”  If Luke’s account were turned into a Hollywood movie, this would be the fade-to-black scene that brought the story to a close.  It is the “good guy rides off into the sunset” kind of imagery that suggests victory.

The power of Luke’s statement is found in the way he constructed his final sentence.  In the Greek language in which Luke wrote, word order was often used to emphasize the most important point.  A word placed last in a sentence was therefore the key idea in that sentence.  In this case, the word “unhindered” is the final word.  Luke wanted his readers to understand that the preaching of the kingdom of God and the teaching concerning the Lord Jesus Christ was unhindered.  This is significant given the fact that Paul was a prisoner who was literally chained to a Roman soldier, even though he lived in his own rented quarters.

This is an amazing reflection of the power of God that was at work in the great apostle.  In a setting that most would agree should have restricted Paul’s ability to preach and teach, the word of God was unfettered and freely went out from that place.  The effect of Paul’s preaching, and the accuracy of Luke’s assessment of it, is demonstrated in the letter to the Philippians, which Paul wrote during his imprisonment in Rome.

In Phil. 1:13 Paul said that the cause of Christ had become known throughout the whole Praetorian Guard.  These men were the personal body guards of the Roman Emperor, Nero, and they had charge over political prisoners such as Paul.  These soldiers heard the gospel as Paul taught visitors to his quarters, and apparently shared the message with their fellow soldiers.  At the end of this letter, Paul sent greetings to the church in Philippi from those who were with him in Rome, including “those of Caesar’s household” (Phil. 4:22).  Apparently, Paul’s teaching had made converts among Nero’s household staff.

Thus we see that the word of God was indeed “unhindered.”  It freely flowed from the apostle’s rented quarters to all those who were willing to hear it.  Paul was chained and restricted, but the gospel of Jesus Christ was not!  When we realize this great truth, we are both astounded and inspired by it.  At the same time, however, we are chastened by it as well.

Paul was in the most difficult of human circumstances, but he did not allow those circumstances to keep him from proclaiming God’s word.  Very few of us will ever be in such restrictive conditions as Paul was, but sometimes we act as though we are.  How often have we remained silent when others challenge or mock faith in Christ?  How often have we quietly gone our way without sharing the saving message of the gospel with a friend or acquaintance?  How often have we allowed ourselves to be muzzled by anti-Christian forces in our society?

If the gospel of Christ was unhindered in the capital of the Roman Empire when the most ruthless of the Caesars ruled, why should it be hindered today?  It is only hindered when Christians fail to speak a good word for Jesus.  Let us take courage from the great apostle and unleash the power of God’s word to save (Rom. 1:16; Jas. 1:21).  Let us, like him, preach “the kingdom of God and . . . . the Lord Jesus Christ, with all openness, unhindered.”