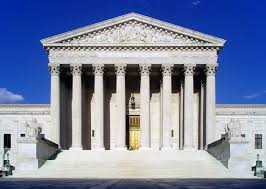 The ripping sound that recently echoed across our land was the moral fabric of our society being torn apart to placate a vocal and politically well-connected minority bent on forcing the rest of us to accept their lifestyle as legitimate.  When the United States Supreme Court ruled, 5-4, that the Constitution guarantees the right of same-sex couples to marry, the reaction was immediate and passionate.  Gay rights advocates celebrated and the President spoke praising the decision, essentially calling on Christians to get over their negative beliefs on homosexuality.  Professed believers, on the other hand, are outraged and fearful of what this will mean for them in the future.  There is a very real likelihood that our First Amendment rights to freedom of speech and freedom of religion will be the next target of the pro-homosexual lobby.

Whenever the U.S. Supreme Court renders an opinion, the winners celebrate and the losers complain.  In the last half century the court has increasingly rendered its decisions to satisfy political purposes, none more evident than the ruling on same-sex marriage.  The founders of our nation certainly never envisioned what we now recognize as an activist court.  Judges are supposed to interpret law, not make law, but that point has long ago been lost.  Those who believe in the Constitution are genuinely concerned at the way it is being shredded by judges at all levels purely for political favor.

As we reflect on this current ruling, there is one argument that many people, even some on the losing side of this particular case, have ignored.  The U.S. Supreme Court is the final authority in our country, but there is another court which is the Ultimate Supreme Court.  This is a court before which everyone who has ever lived, including the justices of the U.S. Supreme Court, must appear.  It is a court from which there is no appeal, but whose every judgment is both just and fair.  This court is the court of God.

In 2 Cor. 5:10 Paul said we must all appear before the judgment seat of Christ to receive recompense (reward) for everything done in the body, whether good or bad.  In Rom. 14:12 he said that each one of us will give an account of himself to God.  In Rev. 20:11-15 John was given a vision of final judgment for all mankind.  In his description of it, he notes that everyone, both great and small, will stand before God on that day.  He points out that books will be opened and everyone will be judged from what is written in the books.  These books are the word of God, the scriptures.  The conclusion of his description of this event is that those whose names are not written in the book of life will be cast into the lake of fire, which is the second death (Rev. 20:15).

Many who want believers to stop speaking against the homosexual lifestyle have made the statement, “Just let God judge,” as though those who oppose homosexuality have no right to speak on this subject.  If we did not care about the souls of practicing homosexuals, we would indeed remain silent.  However, because we know the content of God’s word and the consequences of sinful behavior, we must warn against this abomination.  We would not stand by silently while someone drove toward a cliff.  To do so would be criminal.  It is the same in this case as well.  We must warn of impending judgment so that those who are willing may repent and be saved.