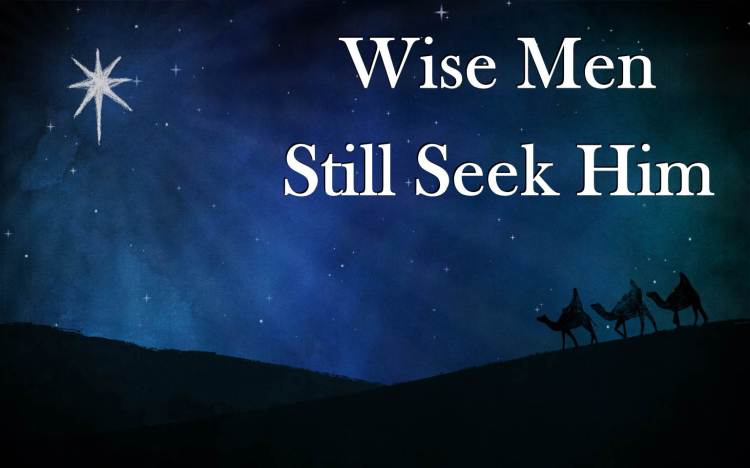 One of the most endearing expressions of the Christmas season is the signs, cards, and bumper stickers depicting the wise men following the star toward Bethlehem where the Savior was born.  The caption says it all: “Wise Men Still Seek Him.”  This imagery is based on the account in Mt. 2:1-2.  There the scripture says, “Now after Jesus was born in Bethlehem of Judea in the days of Herod the king, magi from the east arrived in Jerusalem, saying, ‘Where is He who has been born King of the Jews?  For we saw His star in the east and have come to worship Him.'”

The term “magi” in the New American Standard Bible (NASB) refers to a class of men in ancient times who were typically counselors to kings.  These men were highly educated, often in areas such as astronomy, astrology, and natural sciences.  This is the reason why the term “wise men” is so often used to describe them.  These men were thought to have particular insight into the workings of the universe and thus were invaluable aides to monarchs in virtually every ancient culture.

In the case of the wise men in Matthew’s account, they were from an unnamed eastern nation and were led to the birthplace of the Lord by a special star.  The scriptures do not explain to us the extent of their understanding about Jesus’ identity, or the means by which they were led by the star.  All we know is that they recognized this star as the sign of the birth of the king of the Jews.  This was sufficient motivation for them to follow it in order to worship this new king.

These men are called wise men because they belonged to the special class of advisors who served ancient kings.  However, they were wise in another sense as well.  We consider them to be wise men because they were seeking the Savior of the world in order to worship Him.  In this sense, they are the model for all who would be wise in every generation of mankind.

When Paul spoke to the Athenians on the Areopagus, he told them that God had made every nation of mankind so they might seek Him and find Him, even though He is not far from each one of us (Acts 17:26-27).  Unlike the pagan gods who stood aloof from their subjects and shrouded themselves in mystery, the true and living God has clearly revealed Himself in creation and in His word.  Having left this evidence for us, He calls on us to seek Him in accordance with His word so He can take us home with Him to heaven at the end of time.

Several statements of scripture underscore this truth.  In Mt. 6:33 Jesus called on His audience to seek first God’s kingdom and His righteousness.  In Mt. 7:7 He told them to seek and they would find.  In Isa. 55:6 the prophet said, “Seek the Lord while He may be found; call upon Him while He is near.”  The promise of scripture is that if we seek God, we will find Him, and when we find Him, we will find eternal life.

Unlike the wise men who sought the birthplace of the Savior, we do not have to undertake a lengthy journey to a foreign land in order to find God.  We can find Him in the comfort of our own homes by opening up the scriptures and following their dictates.  In Jn. 14:6 Jesus told His apostles that He is the way, and the truth, and the life, and no one comes to the Father except through Him.  In Heb. 11:6 the scripture says we must believe that God is, and that He is a rewarder of those who seek Him.  This is both exhortation and promise.  God will reward those who seek Him, and wise men still seek Him.