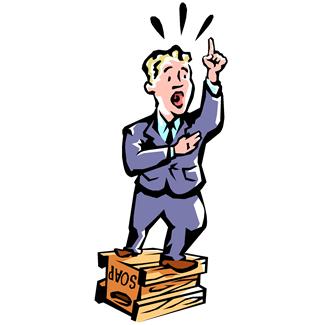 One of the trademarks of most politicians is the ability to speak without actually saying anything.  This often happens when a reporter asks a question that the politician does not want to answer.  Instead of refusing to answer, however, he or she will respond with a lengthy comment that dances all around the question.  In many cases, a particularly ambiguous part of the response will be prefaced with the phrase, “let me be clear.”  The sad irony is that the clearer the response is asserted to be, the more convoluted and vague it typically is.  We have become accustomed to this practice, even while being frustrated by it.

Most of us prefer a straightforward answer to our questions, even if we do not agree with the response.  We appreciate an individual who speaks from the heart and who clearly states his position on any particular subject.  We especially need this kind of clarity when it comes to the laws that govern our lives.  If a law is so vague that it may be interpreted in multiple ways, it seriously complicates our ability to obey it.  This is why we cringe when our elected officials offer thousand-page bills designed to regulate some aspect of life.

Most of us are genuinely disgusted by the kind of ambiguity and duplicity that exists in our political system today.  We correctly understand that this ambiguity is intentional in order to subvert the system in favor of the ruling class and their contributors.  However, in spiritual matters many among us have embraced the very ambiguity that we despise in secular affairs.  Instead of viewing the scriptures as the clearly revealed will of God, these folks suggest that God was less than forthcoming in many of His commands.  This leaves the way open, they say, for multiple interpretations of important issues such as salvation and worship.

The assertion that the scriptures are ambiguous enough on these matters as to allow for various interpretations calls into question God’s ability to communicate.  If the scriptures are not clear on the subject of salvation, for example, which is the most important question of all, what does this say about our Father in heaven?  The only options are either that God is incapable of clearly communicating His will, or that He purposely chose to disguise His will from us.  Neither of these options speaks well of Him.

The plain truth, however, is that God is not only able to clearly communicate His will, but He has done so in unmistakable terms.  In Jn. 12:48 Jesus said His word will judge us at the last day.  In Rev. 20:11-15 the scriptures say that when we stand before God we will be judged by the things written in the books.  If the books, which are God’s word, are not clear enough for us to understand and obey, how can God judge us justly from them?  All through the scriptures, literally from beginning to end, we are told to do exactly what God has commanded.  For example, in Deut. 5:32 the scripture says, “So you shall observe to do just as the Lord your God has commanded you; you shall not turn aside to the right or to the left.”  We are also commanded to neither add to nor take away from all that God has commanded (Deut. 4:2; Rev. 22:18-19).

Some assert that the existence of so many interpretations suggests that God has been purposely vague on the matter of salvation.  Therefore, they declare that all these interpretations must be valid.  The simple answer from God’s word, however, is that only those who do the Father’s will are going to enter heaven (Mt. 7:21-23).  The fact is that some people just don’t like the answer they find in God’s word.  Therefore they turn away from the truth and turn aside to myths (2 Tim. 4:3-4).  Those who do so place their souls in eternal jeopardy.

God has spoken clearly about all things that are essential for us to obtain eternal life.  Anyone of honest heart and normal intelligence who reads the scriptures will know exactly what God requires in order for us to be saved.  On this He has been absolutely clear.