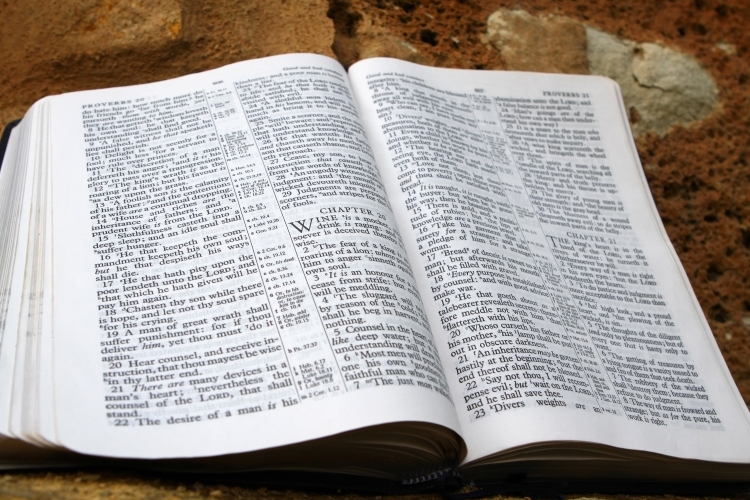 After Jesus was baptized by John the scripture says, “Then Jesus was led by the Spirit into the wilderness to be tempted by the devil.  And after He had fasted forty days and forty nights, He then became hungry” (Mt. 4:1-2).  In the ensuing verses Matthew records how the devil tempted Jesus in three ways that summarize every kind of temptation that can befall us.  An important aspect of this record is the fact that in each instance the Lord responded to the devil’s temptation by quoting scripture.  In vs. 4, 7, and 10 the Lord said, “It is written”, and then quoted the appropriate scripture to deal with the temptation.

In the original language in which the New Testament was written the phrase “it is written” has the force of long-standing and enduring truth.  If we were to translate this phrase literally it would read, “it stands written.”  In other words, the word of God had been declared, it was then in force, and it would remain in force forever.

The fact that God’s word has been written is significant.  That which is written does not change.  It is not dependent on our frail memories in order to be remembered.  Anyone who reads it, in whatever time or place or circumstance, receives the very message that the author intended when he wrote it.  We see this principle at work every time we follow a recipe to make a favorite food or dessert.  If we follow the instructions in the recipe, we will end up with the same dish every time.

This is why God committed His word to written form, beginning with the two tablets of stone upon which He wrote the Ten Commandments on Mt. Sinai.  This is why God directed Moses to write His law in a book.  In Deut. 31:9-13 the scripture says that Moses wrote that book, which we call Deuteronomy, and gave it to the priests.  They, in turn, were to read it to all the men, women, and children of Israel every seventh year at the Feast of Booths.  In reading what had been written, every generation would learn to love and obey God.

This is also why the books of the New Testament were written.  The truths of the life and ministry of our Lord, of His sacrifice on the cross for our sins, and what we need to do in order to be saved, are clearly stated within its pages.  Anyone with normal intelligence can pick up the written word and know exactly what God intends him to do in order to have eternal life.  Paul said that this written word was inspired by God and equips us for every good work (2 Tim. 3:16-17).  Peter said that this written word is everything that pertains to life and godliness (2 Pet. 1:3).  For this reason Paul said, “Be diligent to present yourself approved to God as a workman who does not need to be ashamed, accurately handling the word of truth” (2 Tim. 2:15).

Because God’s word stands written, it will be the final arbiter in determining who enters heaven at the end of time.  In Rev. 20:11-15, as John witnessed the vision of final judgment, he noted that everyone who had ever lived stood before the throne of God.  Then, he says books were opened, and everyone was judged from the things written in the books.  Those whose lives were found wanting were cast into the lake of fire, which is the second death (vs. 14-15).