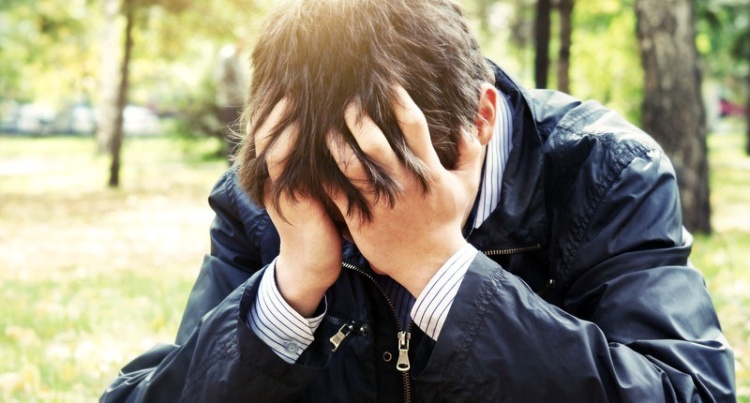 One of the facts of life is what we call disappointment.  This is a state of mind in which a person feels let down or frustrated or dismayed about something.  This feeling can come about because of actions one takes, or fails to take.  It can also arise due to the actions of another.  In other cases, disappointment may occur when events beyond one’s control result in the loss of some highly anticipated opportunity.

Disappointment is an ever-present part of our existence because we are human beings.  In spite of our best intentions, we are going to let others down in one way or another.  Children disappoint parents when they act up in a public place, or get in trouble at school.  Husbands and wives disappoint one another when they forget important anniversaries, or when they say or do things that hurt each other.  Employees disappoint their employers when they fail to give their best on the job, or when they violate a trust.

We may sometimes wonder, “What if there were a means to never disappoint, or to never be disappointed?”  We need not wonder about such a possibility, for it exists.  Long before the birth of Jesus, Isaiah recorded the words of God the Father, who declared this truth.  In Isa. 28:16 the scripture says, “Therefore thus says the Lord God, ‘Behold, I am laying in Zion a stone, a tested stone, a costly corner stone for the foundation, firmly placed.  He who believes in it will not be disturbed.” (NASB)

This declaration is a prophecy about our Lord and Savior, Jesus Christ.  We know this because both Peter and Paul quoted it in their letters.  In 1 Pet. 2:6, as Peter exhorted his readers to come to Christ as living stones, he said, “For this is contained in scripture: ‘Behold, I lay in Zion a choice stone, a precious corner stone, and he who believes in Him will not be disappointed.” (NASB)  Paul uses the same words, again with reference to Christ, in Rom. 9:33 and Rom. 10:11.  Peter and Paul both confidently assert that Christ will never disappoint those who believe in Him.

This assertion is simple, but it requires a degree of maturity on our part to fully understand it.  Some will say that they have indeed been disappointed by the Lord.  They make this statement primarily because they didn’t receive the answer to prayer that they desired.  Thus, they believe the Lord let them down.  In extreme cases, such disappointed people have even renounced their faith in the Lord.

The reason for their disappointment is not because of a failure by the Lord, but because they have failed to understand the context in which Peter and Paul spoke.  The Lord is the foundation of the church and the precious corner stone of it as well.  If we believe in Him, obey His will, and live faithfully for Him all the days of our lives, we will not be disappointed at judgment.  We will indeed receive the home being prepared for the faithful.  No one who truly believes in Him will be disappointed in this regard.